I am back!!! It has been a while since I wrote my last post. Below are the highlights I will talk about in the upcoming posts.

Lanna & I traveled to Uganda to assess a primary school located in Kirindi, Kayunga. We were really excited to head to Uganda to meet new friends – Gilbert Danials & Sylas Balabyekkubo. We had met them at Trinity Hip Hop festival on Spring of 2017 for the first time. It was one of those moment where you knew as soon as meet, you are destined for something. You don’t know what it is but you get that feeling inside that you know there is something. It was one of those moment. After exchanging conversation for next few days, we finalized plans to visit Uganda. It was surreal at the time.

In November 2017 just like that , we were off to Uganda for 10 days. We left from JFK New York on KLM flight to Amsterdam. It was than from Amsterdam to Rwanda, and finally 45 mins flight to Uganda. Upon arriving at Uganda, Gilbert & Sylas (he was not suppose to come due to other circumstances but he made it happen) came to pick us up.

When we got there, we also met with Scobo. At the time our objective was to visit the school and assess the need, build a relationship with the villagers, teachers and the parents. If we had more time, we would try to show our faces to the local government. We had no idea what was waiting for us in Uganda.

We went to Sylas’s house for the night. We were going to live there during our stay at Kampala, the capital of Uganda. It was a cozy place. We went out to eat some street food called “Rolex”. It is literally the best thing to eat. It sounds like the popular watch company Rolex. Uganda rolex is basically rolled eggs on a Capati. EVERY UGANDAN LOVES ROLEX. To give a better prospective, think of it as hot dogs stand in the USA. 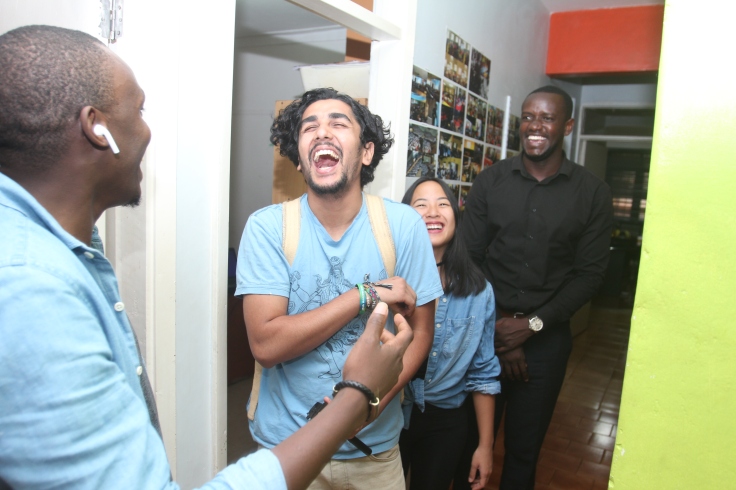 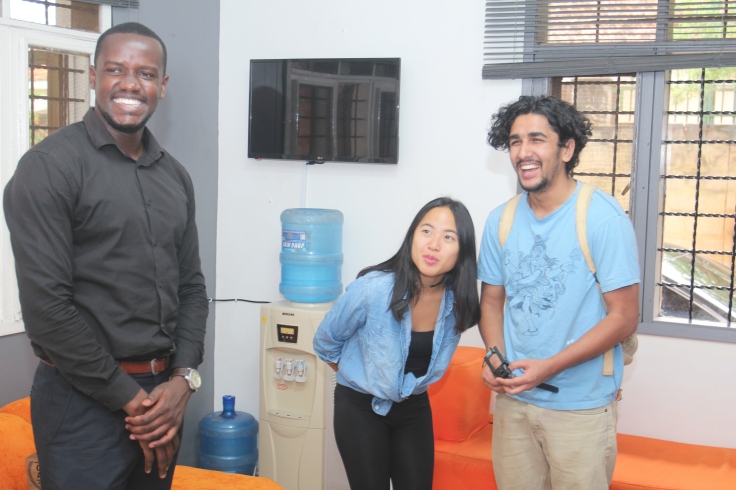 It was something we were not prepared for at all. In the USA, we are given the narrative of Africa as a sad, suffrage, poverty, and violent at times. I even remember when we got to Africa, both Lanna’s family & my family were concerned. Any parents and family members will be worried for you when you are far away but this was not that kind of concern. Both of our parents were asking “Are you safe?” several times.

What I am trying to get to is basically its a false narrative. We were having so much fun with many good people of Africa. I still remember that moment we walked into Kafeero Foundation, me and Lanna wanted to stay there. The energy, the love, the welcome, the people, the passion and particularly the youth who are taking action to be part of the solution in their community, country, and continent was amazing. If you want to learn more about what Kafeero Foundation does, below is the link.

We are blessed to be part of the movement they are creating. Thank you Kafeero!

Finally after, we went to the village in Kirindi. It was so great to be there. The school was constructed by the community church and  its believers in 2007. Pastor Lule lead the initiative with the community to establish the school. At the time, the total number of students was 104 pupils and the school went up to P5 (Grade Standard 5 in the U.S.).

The school is a decade old now and the structure is in deteriorating condition.  The structures were initially built for temporary purposes. There is a total of six classrooms in one building and one classroom in a  second building. The walls of the first building consist of horizontal timber with approximately 1 in. gaps in between each piece of timber. In the second building, one of the walls seems to have deteriorated.

There was a temporary fix with twigs hung on a string. This gap allows water to enter the classroom when it rains  and also disturbs an adjoining classroom on the other side of the wall. The classroom does not have any doors. Trusses on the roofs are also made of timber and do not appear to be not consistent in terms of alignment of the length and size of the cylindrical timber. The roof consists of zinc sheets, the majority of which are rusted. 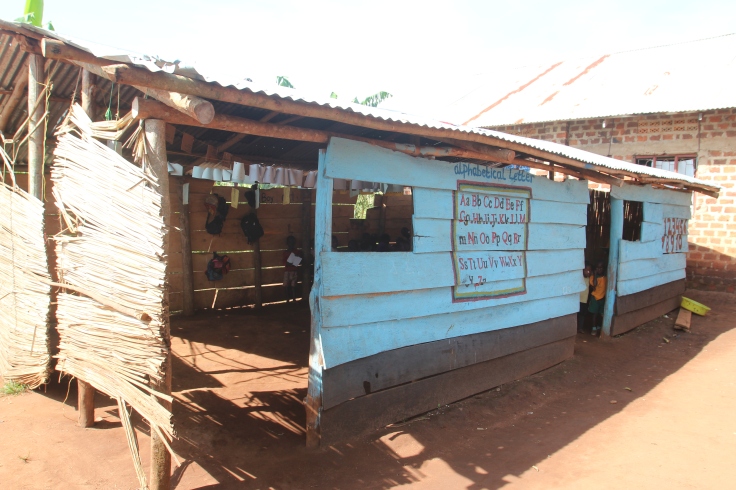 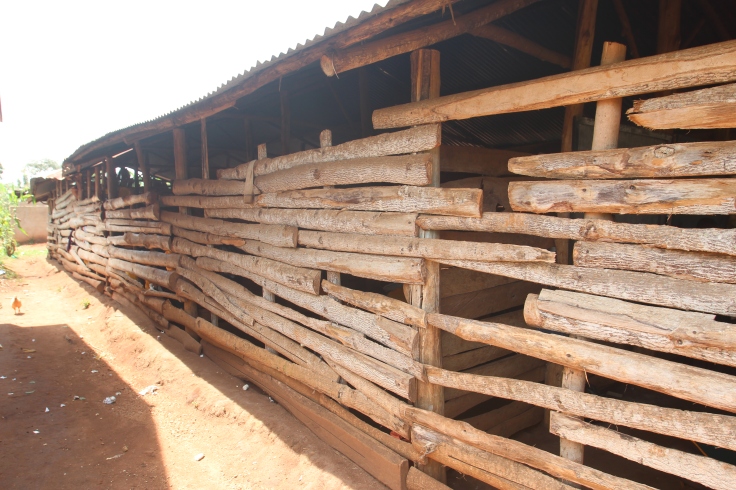 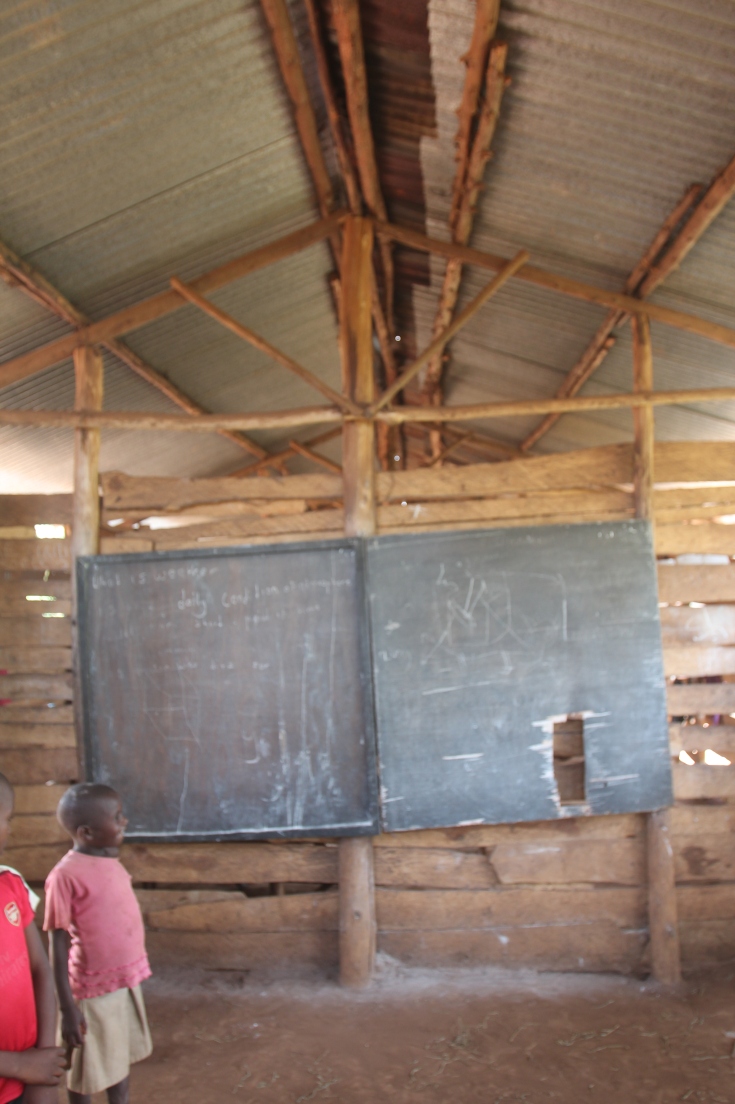 We took several sessions with the teachers to inquire about the community, parents, education system, and their duties as teachers. The teachers were all under the age of 24 and very active and aware of the task they had in shaping students’ futures. One of the issues was paying the teachers a decent  wage under the circumstances. It was understood that the wage for teachers paid at the school was lower than the average wage of primary school teachers in Uganda.

Some of the students, including orphans and kids from marginalized families, attend the school free of cost. In fact, roughly 40% of the children attending the school were orphans. Those who could afford to send their kids and pay tuition would also contribute on behalf of  the orphans and other poor kids whose parents couldn’t afford to pay tuition.

This would result in low revenue for the school which would then be reflected in teachers’ monthly salaries. These circumstances forced teachers to make a sacrifice on behalf of the community and they were very much accepting of it. Recently, one of the school’s benefactors gave a piece of land 3 kilometers away to the school for farming. Teachers spend their day off on Saturday together and go to the farm and grow crops. Those crops than help provide lunch at the school. It was an extraordinary community effort.

There was a session at the church with all the parents and members of the community. The duration of the gathering was roughly two hours and  we were able to introduce ourselves to the community and explain the purpose of our visit to the village. The community was very thankful for our visit.

The study visit was completed. We went back to the village next day to make measurements at of the existing school, church & the land that is available.

We went to Jinja and visited some of the tourist spots. Jinja is the popular city of Uganda and it is also where the Nile River starts. We did safari, saw various animals, went swimming in the Nile, boating, etc. It was a lot of fun. After few more days, it was time to come back to US. The trip was so meaningful and we are excited to go back again for catch up time. We are hoping to build the school in Kirindi and also take our voluntourism trip to Uganda! Stay tuned.

Want to raise your company’s Instagram followers and better engagement?