I visited Sunkhani and Ramche to look at potential school where reconstruction is needed. I first visited Sunkhani where the school was from kindergarden to class 10. We (me and Sankhar Dai) met with the principle of the school and discussed the necessity. He mentioned there is only need of two stable classroom. As we discussed, there is another group called Chaudary Groups involved with the reconstruction of the school. We looked at the land left to rebuild a potential two classroom. I made some measurement with the equipments and left for Ramche, Sindupalanchowk.

As I was riding solo dolo to Ramche from Sunkhani, the highways had a lot of bumps. As I looked up, I saw the below scene. Few meters away, there was a man standing waiting for the bus. As I stopped my bike to take a picture at the scene, the man approached me. He thought I stopped to give him a ride. I asked him where is he heading? He informed me that he was heading to Bara Bise, turns out I would have to pass Bara Bise to go to Ramche.

I told him to hop on, and we took off. We introduced each other. His name was Bidur Nepal. A local teacher at the University in Bara Bise. He knew the school I was heading to and the principle there as well. As I was passing through the Juri Pahero (biggest landslide of the Nepal occurred 1 years before the earthquake) we stopped to take few more pictures.

Below is the picture of the landslide from the internet.

He described me the situation when the landslide hit, it took an entire village with it. Hundreds of people, domestic animals, houses where never found. As we got to the end of the graveled road, I noticed houses in the middle of the river.

These houses where once a filled with community. They were completely submerged due to the landslide however after a month or so, the water level started to drop hence the top of the houses started to show.

Bidur Nepal sir took me to a another individual’s house named Shambu Sabkota sir. He immediately knew my purpose of the visit, and suggest me to not take the motorcycle pass Bara Bise since the roads are not very good. They also knew, I had recently started to ride the motorcycle. Shambu sir began to make calls to different individuals. Once he was done, he suggested me to go to the principle’s house and stay the night there. In the morning, visit the school with the principle. I agreed and headed to the principle’s house for the night.

Hari Poudel (same name as the principle of Bal Shikya but not the same person) came to Shambu sir’s house to take me to principle’s house. It was in the evening at 5:30 PM. We got to the principle’s house at around 6:00 PM. Hari Poudel’s wife was the principle named Sarada Poudel. We discussed a lot regarding the history of the school in the evening after dinner. Below is the link of principle Sarada Poudel’s video explaining the history and current situation in YouTube. (It is in Nepali language however below is the information typed in English regarding the history and current situation of the school.)

What the video explains are below:

Name of the principle: Sarda Poudel (also speaking in the video)

Number of kids: 34 (total from kindergarden to 4th grade)

History of the School:

Nepal government had given 50,000 Nrs (5 hunderd dollars) for the effort to build the school. The two teachers had agreed to save up 40% of their monthly income to build the new school for the past 3 years. The payment was still not enough to build the school. The president of the school committee Mr. Amar Bahadur Thakuri took matter into his own hands and took out loans from Krishi Bikash Bank putting his own land on the line. The school was almost complete in 2072 as the earthquake struck and took the unfinished school with it.

The current situation right now is harsh. They had rocks and other materials in their school so the temporary school is moved a bit far location in a individual’s personal land. He is willing to give up his land for now. Below are some photos. 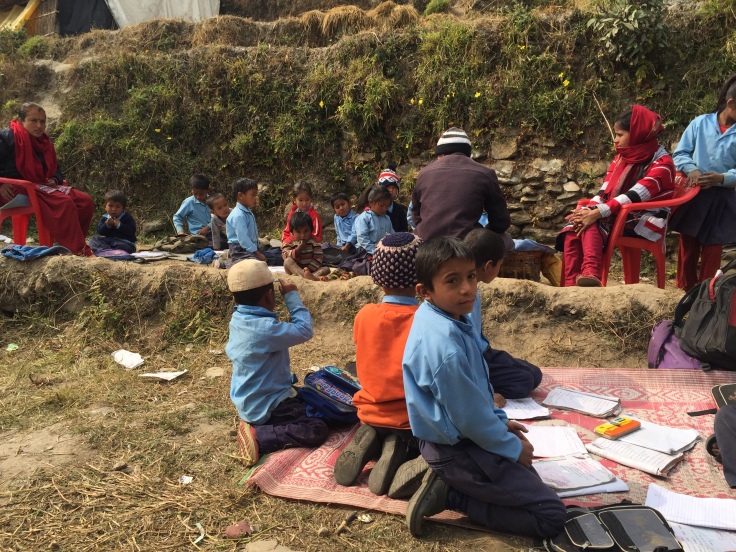 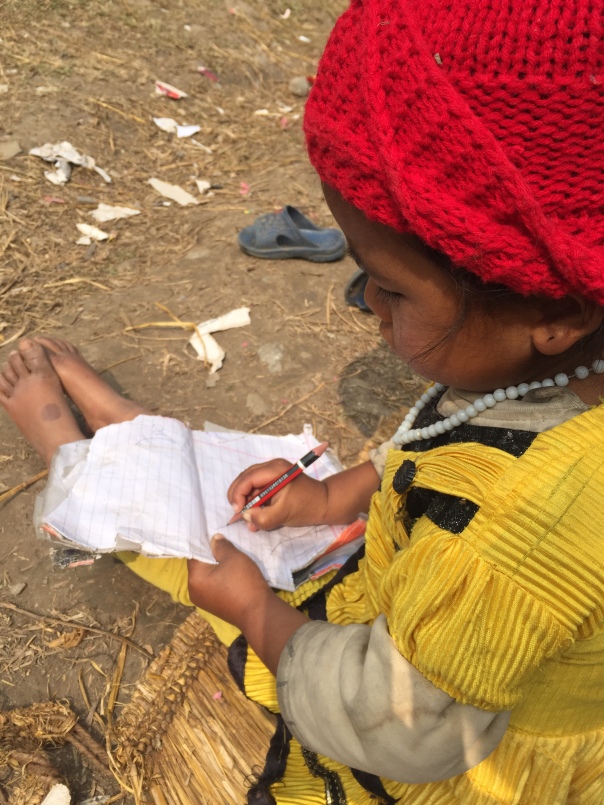 Below are some pictures of the school land where we can build the school. 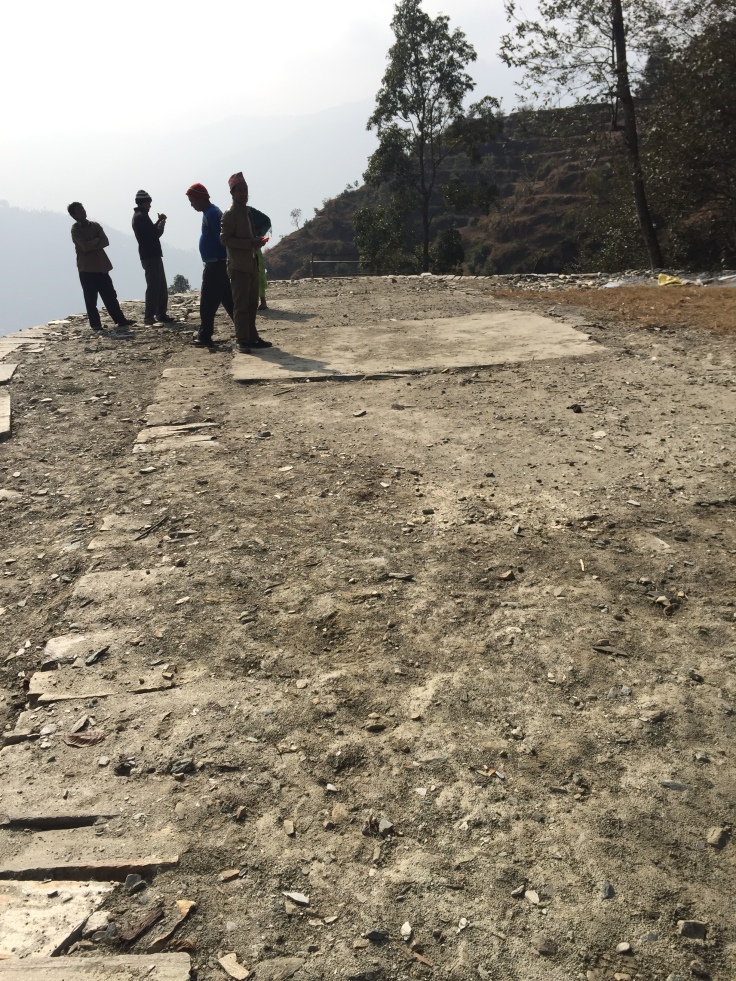 The villagers, president of the school committee and the school principle have given permission to build a school. Now I am back in Kathmandu working on the design with Rinku Shrestha (who is a designer in United States) and head to district office to approve the design once complete in the next few days.